Wow, we are coming to the end of 2017. It’s been a great year for me. I’m grateful for having had normal blood tests and for feeling generally good. I’m also appreciative of having further embraced minimalism and having gotten rid of a few thousand things along the way. Even though I did count every last pen as one item, hey, I was in it for the numbers:)

I go next week for my 6-week labs.  I’m prepared mentally if my numbers hit high normal. Of course, I’m hoping not but still. Then also next week we need to do labs(fasting) for insurance. It’s a pain in the butt, but it does lower what comes out of B’s paycheck so it’s worth it.

I cruised over to Home depot to check out live potted trees. There were a few that were @ $40, but I decided I didn’t want to do that.  What happened is the tree we cut died and it was dropping copious amounts of pine needles. What happened was B didn’t cut the bottom off when we put it in the stand. We figured since it had just been cut it’d be ok. That’s my guess anyway. Maybe it was just it didn’t want to be inside. oh well, it’s happened before actually so I’m not upset and we still have our lovely artificial tree up. 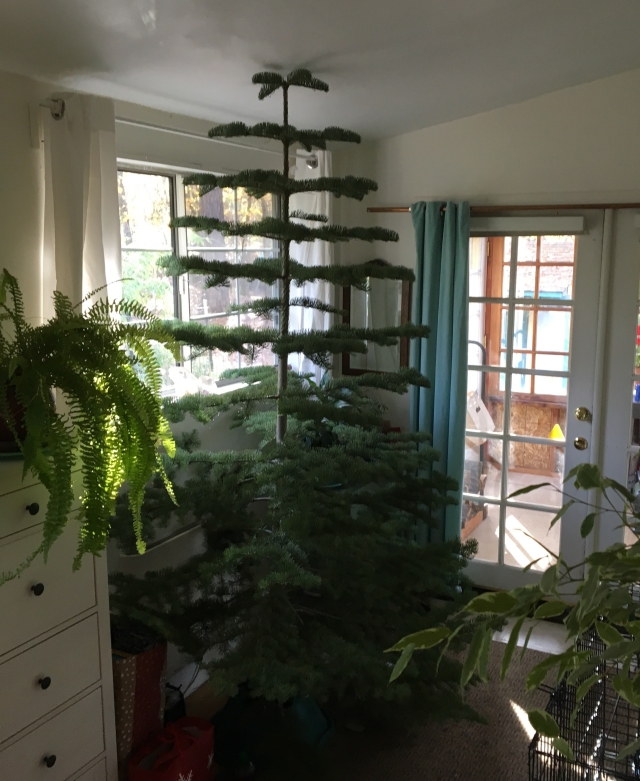 this was it before it died:(