The time finally came and Ollie was put to ‘sleep’ yesterday. Not sure why we say’put to sleep’. Really he’s dead now but his little body just couldn’t go on.

Ollie was almost 17 and part Maine coon. At one point he weighed over 20 pounds and was a big boy. He was also my daughter’s surrogate child so the loss is keen.

About 5 years ago he started getting a lump on his neck. She paid over $5,000 in diagnostics ( yes that is correct). And everyone agreed it was too dangerous to operate on and it was only a matter of time. Well, he fooled everyone and made it that long.

Almost 2 years ago in the summer, he had an episode where he couldn’t swallow. He was a goner …almost. We called the mobile Vet and she came out. But right before that, I whacked him on the back for 2-3 minutes and he spit up a huge gob of spit. When the Vet got there he was doing much better and we left it at that. 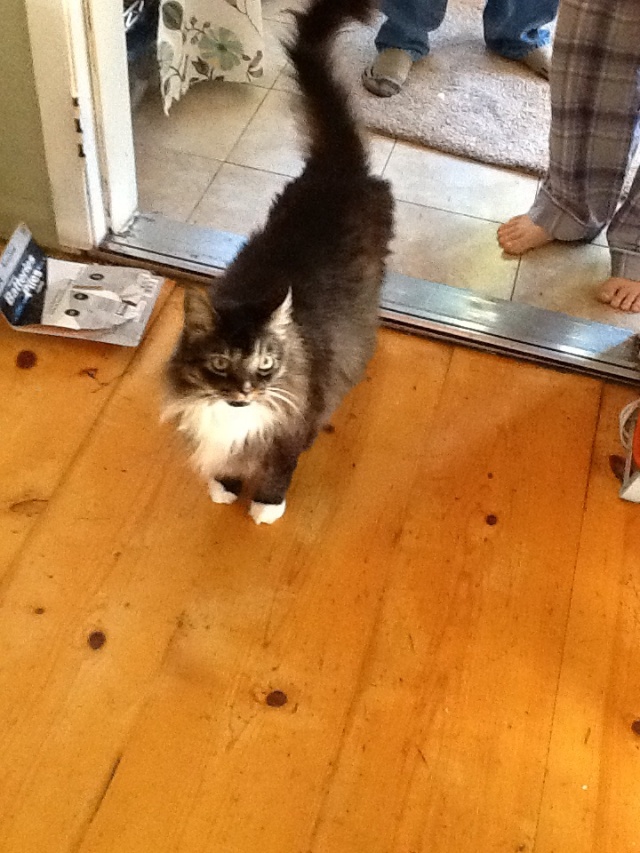 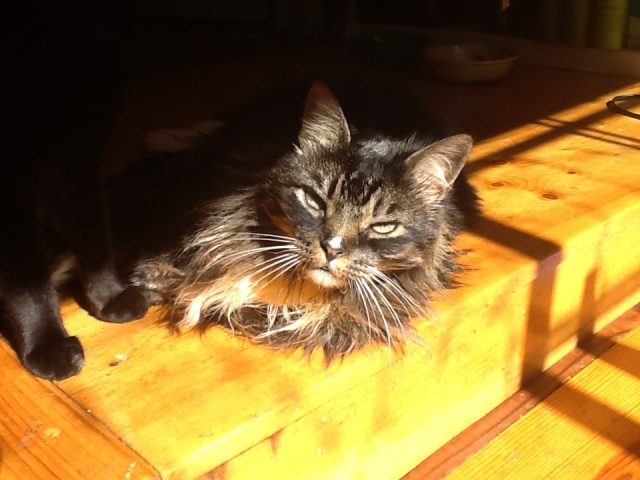 Ollie loved everyone and was the sweetest cat. He was a rescue and now his rescue buddy Finwe( Winnie) is alone and he too is 17 so, I guess, he’s next.