My sister is in the hospital recovering from a surgery where they removed part of her lung for lung cancer. They thought it was isolated in a nodule but the pathology just came back and its small cell carcinoma. Not good.

Her family is devastated as is her husband and me as well as my brother.

I’m looking into flights to Connecticut for March maybe April but probably sooner than later.

She has come out to visit me every year since my SCT in 2006. This is terminal for her even with chemo. And she can’t have the chemo till the surgery wounds heal and then it may be too late.

You just don’t know what life is going to throw at you so Live each day fully and lovingly.

Well, my sister left this morning for Connecticut . Overall, I’d say it was a good visit and I have to remember she flew out, and spent quite a it extra in dining out. I guess the biggest thing is our house is just really to small for guests staying a week plus.

Today is day 165 walking. It’s very cool walking in the predawn. I should hit 6 months by december 1 or so.

This week dinners will be VERY simple. I’m tired of cooking every night

So, my sister has been here since Friday. It’s been challenging and once I finally had to say we really can’t talk Obama anything because she goes into a tirade of negative everything. I finally said we really have opposite opinions so let’s not talk about it.

, We went to see the ray and Charles Eames exhibit I’ve wanted to see forever and it was good , then we had a very fancy lunch at Biba in Sacramento . Very expensive too. So the budget kind of has been hit hard, especially because  I’m  buying extra food and wine , she likes her wine,that I’ve been buying. Oh well, most of this has been cash from my 52 week savings so that’s been hit but not checking.

Christmas and Hanukkha gifts are almost done. My son wants a new PC or Xbox so that money is set aside. Other than that, I think we’re going to come out around $1200. I had $1000 in Santa so not too bad. But we’ve been spending too much on this and that and I need to get back to this is all there is for that category and stop. We also have our house insurance due next week and that’s $1000. But we put that into sinking when we got the stock option money earlier this year. Little did we know at the time that we can only do that once, we had planned on doing another withdrawal early 2014. The main reason being since I have an incurable cancer we wanted to do some extra things while I can. But, we will just keep going.

I’ve felt really good this week off rev/ dex, I’m walking one extra round in the park so that’s terrific. I’m also past 5 months, and heading toward the 6 month mark. Pretty exciting……of course now were headed into rainy weather so it’ll be more challenging. But I’m going to do it. 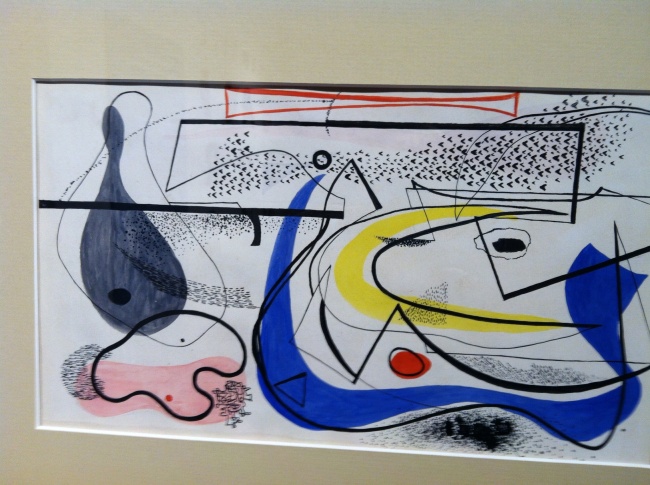 This is a print done by Ray Eames.