This was the first coat of paint.

I needed a project and wanted to do something different in our kitchen. So I decided to have B take off the cabinet doors on one side and then I would paint them and put my OXO there and my jars.

Well to start, when he took them off I was appalled at the mess and then I freaked out thinking this will never work. But by morning( he did it the evening before, I felt ok with going ahead. So I removed everything and wiped it all down. I had leftover white gloss paint so I got right into a first coat. I knew I would need more paint so I would get that later for a second coat. 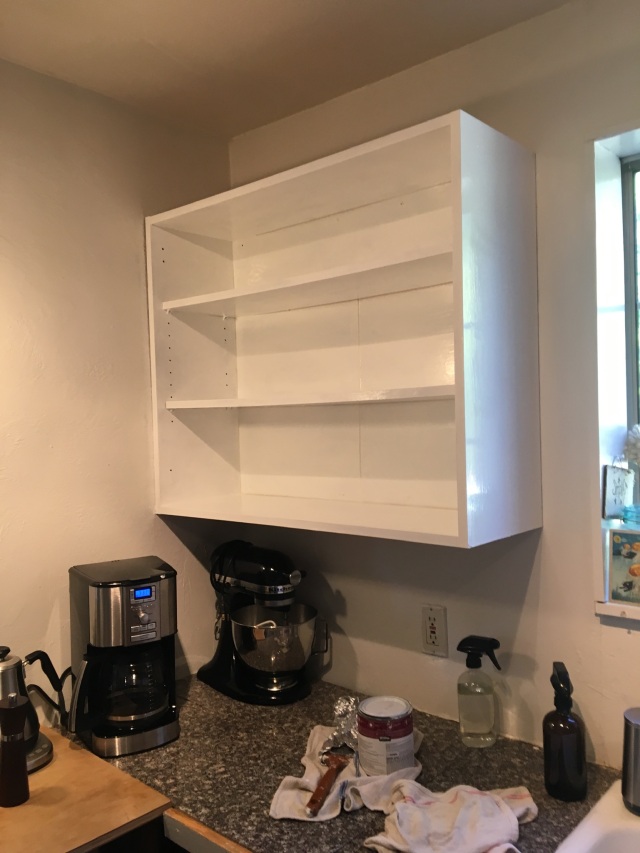 I think this is the second.

This is the third. Here’s the other side.

Next, I’m going to do those shelves you can barely see on the right. The pine is nice but stained.

I’m completely wiped out by the painting and the rearranging. I managed to pull together a large box of thrift store things though so that’s good.

Our big project next year will be to pull out the counter and sink and replace. The layout of the kitchen doesn’t really allow for a different configuration as there’s a door on the left wall and then the opening to the front room on the other. So basically we’re stuck with where things are unless we hired a contractor which we can’t afford to do so it’ll be upgraded but nothing moved.

I really love how it came out even though I am exhausted:(

3 thoughts on “Tidying up and refreshing old cabinets”