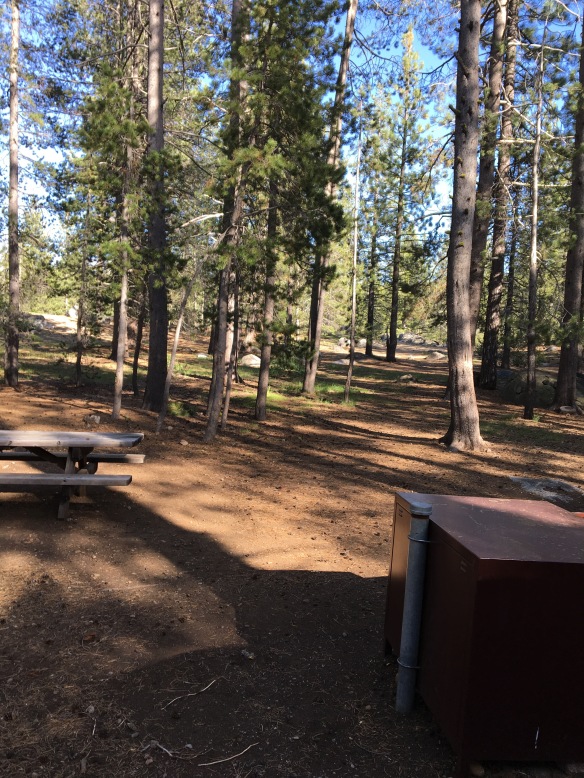 The Donner State Park is located in Truckee, Ca.  There is a quite large campground with 3 loops. Two are closed right now as the season hasn’t really started.  We are in a lovely spot and there is almost no one here camping. The bathrooms are new and the showers look nice. We have another night here and then home. But except the fact that you can hear I -80 it is really nice.  I probably wouldn’t want to be here in the high season but still the camp spots are really spaced nicely.

B is actually working and seeing some accounts, so that’s kinda cool. We are in Tahoe City right now and then need to hit the grocery store for some dinner stuff. Also B had traded out for a new propane tank but last night we went to turn on the heater and there was nothing. So we need to stop and have it checked or buy a new one. It’s going to quite chilly tomorrow morning and so we will need some heat.

We also brought the bikes, soI’m going to bike around some this afternoon.  We’re heading down to another account in King’s Beach and then going to get some lunch ( I think). We might stop at one of the Lake Tahoe beaches for pebbles. There’s one I remember that had black ones but can’t quite remember where it was.

We leave tomorrow but another day would have been nice to as tomorrow suppose to be 71 degrees.